A popular practice for memorializing loved ones in the late 19th century has been brought back in York.

The Garden Club of York has been coordinating with Prospect Hill Cemetery and Cremation Gardens to replant forgotten cradle grave gardens in the oldest part of the cemetery. The planning started in April and continues to evolve as the miniature gardens mature over the summer.  Cradle graves are characterized by an integrated stone planter at the base of a headstone. They were born out of a time when people worked six days a week and families maintained their own plots on Sundays, according to Jack Sommer, CEO of Prospect Hill Cemetery and Cremation Gardens. 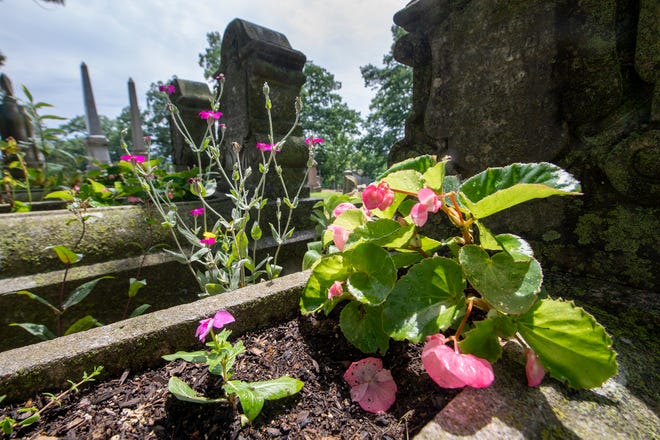 Sommer goes on to say that the Victorians were used to a high mortality rate, and caring for the final resting place of family members was part of the culture at the time.  In 2021, the care of forgotten plots at Prospect Hill is folded into the maintenance costs of the cemetery, which is usually limited to basic grass cutting and trimming. Sommer wanted something more for the empty historical markers that dot the hilly, shaded area that was first charted in 1849.  Most of the cradle graves date from the late Civil War to the 1880s. Most of the families were merchants or landowners within the business district of York.  One marker belongs to Jacob Dritt, who was the son of a Revolutionary War hero. 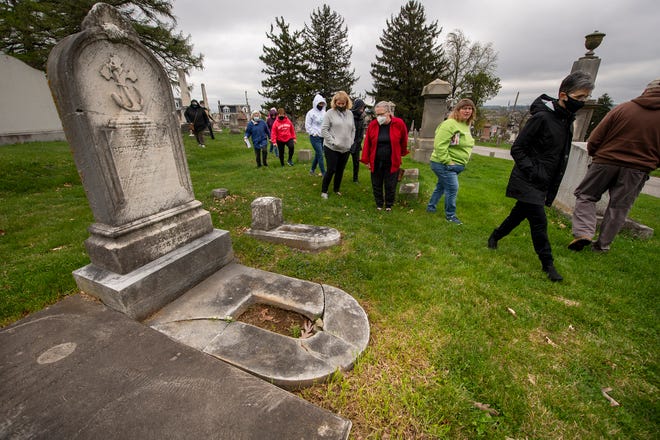 Sommer contacted the Garden Club of York, known for its public garden projects like filling the planters in downtown last month.  In April, club members gathered under the winter canopy of the old cemetery and paired off to claim graves and plan. Special care was taken to decide what to plant. Some of the planters are scooped out of the stone, and some are stone surrounds that make contact with the earth.

After the last frost, the women r1eturned to plant their creations putting their personal touch on the confined spaces. Today, about 15 different gardens are thriving in the rain and sunshine as spring becomes summer.  “If you don’t talk about the person they just become a name on a stone, and they can be forgotten,” garden club member Bonnie Lindstom recalled one of the other members saying. Lindstorm hopes to get to know the history of the people associated with the garden so as the project evolves she can decorate the graves with a favorite color or hobby.

The cemetery, located in the 700 block of North George Street, is at the northern edge of York city. Visitors are welcome.
Read the article at www.ydr.com here:    Cradle Grave Gardens are brought back to life by Garden Club of York at Prospect Hill
View the complete Photo Gallery by Paul Kuehnel here:     Photo Gallery – Cradle Graves at Prospect Hill Cemetery
Watch the video by Paul Kuehnel here:     Watch Cradle Grave Gardens come back from dead
Ami Miller2021-06-18T11:00:14-04:00