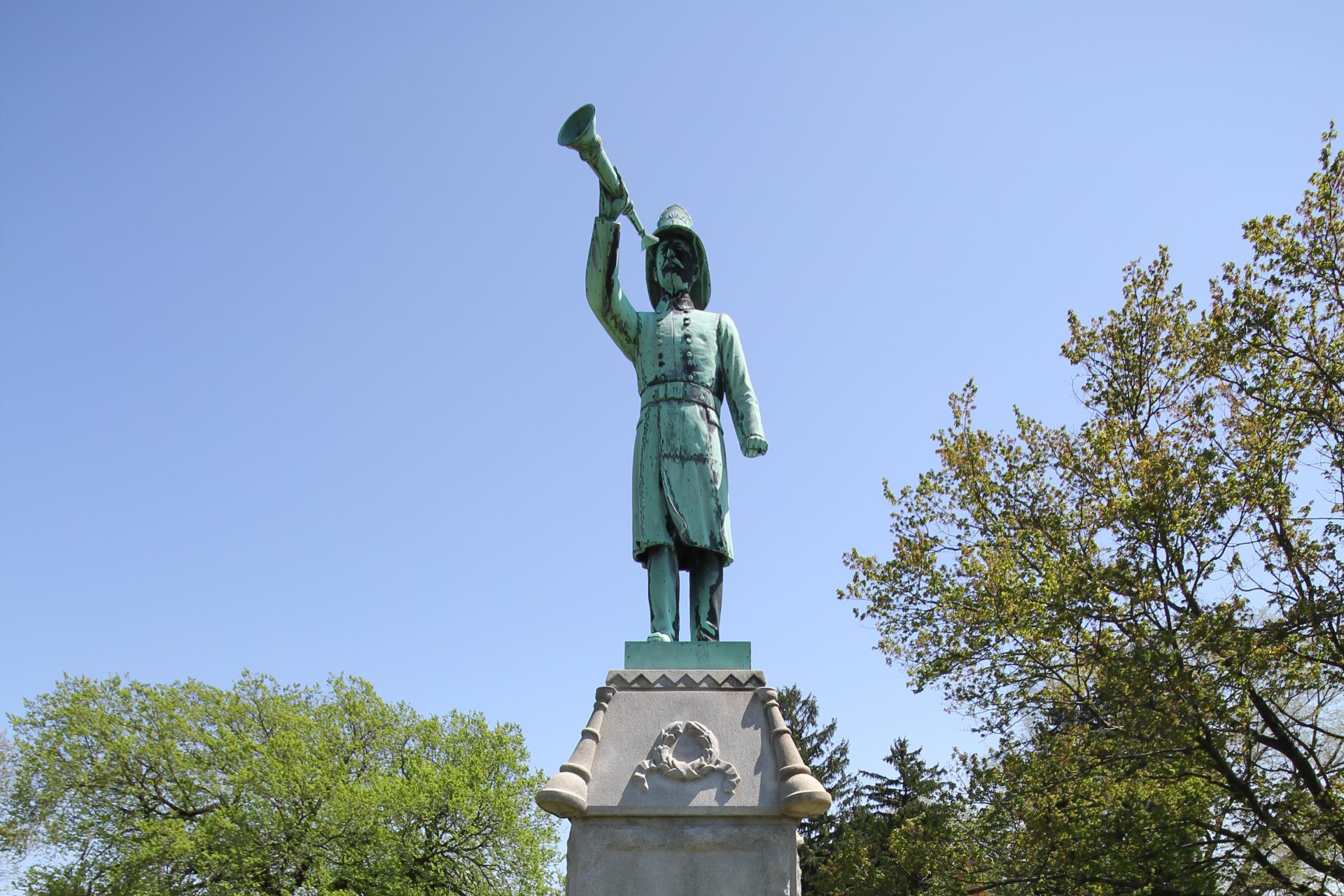 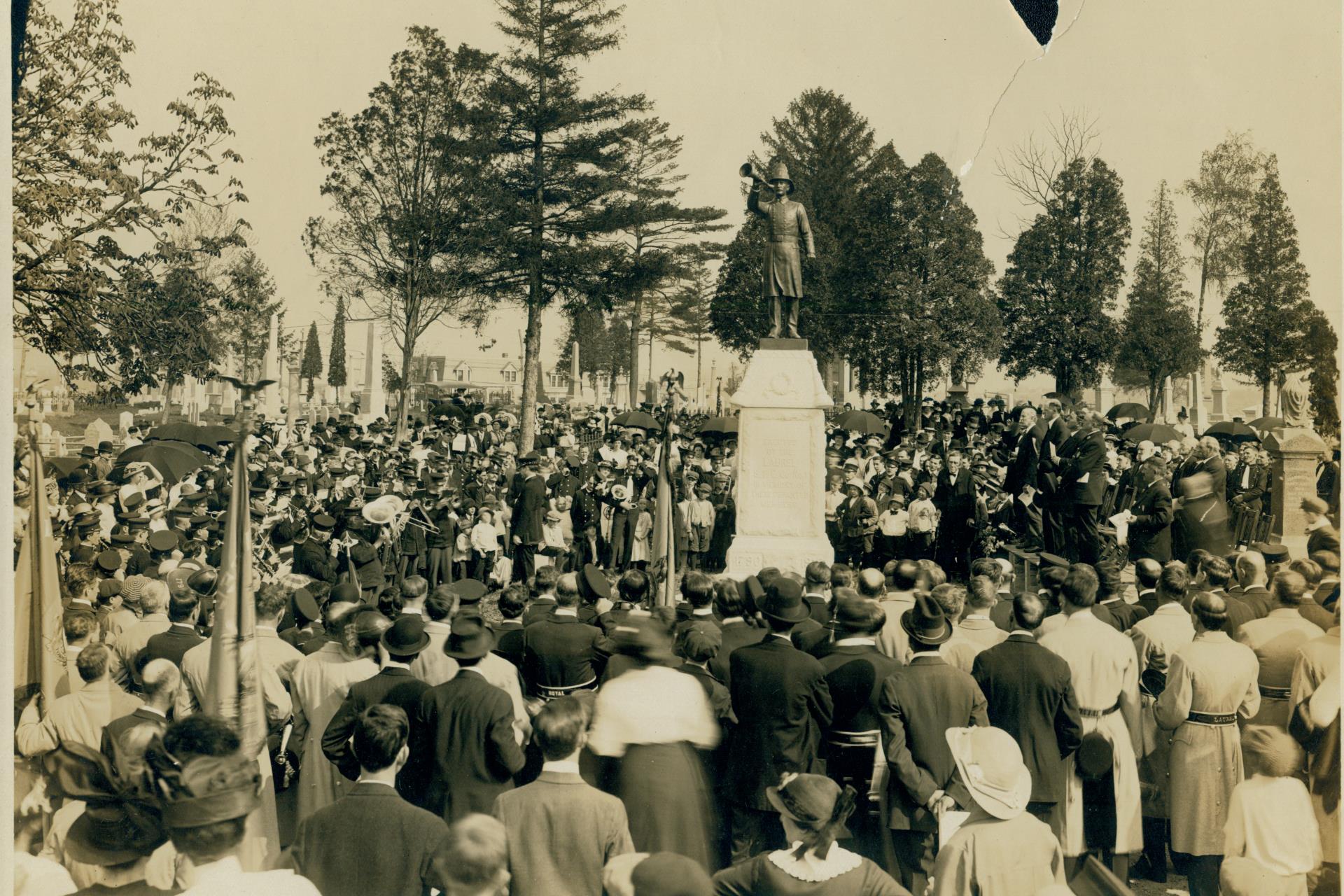 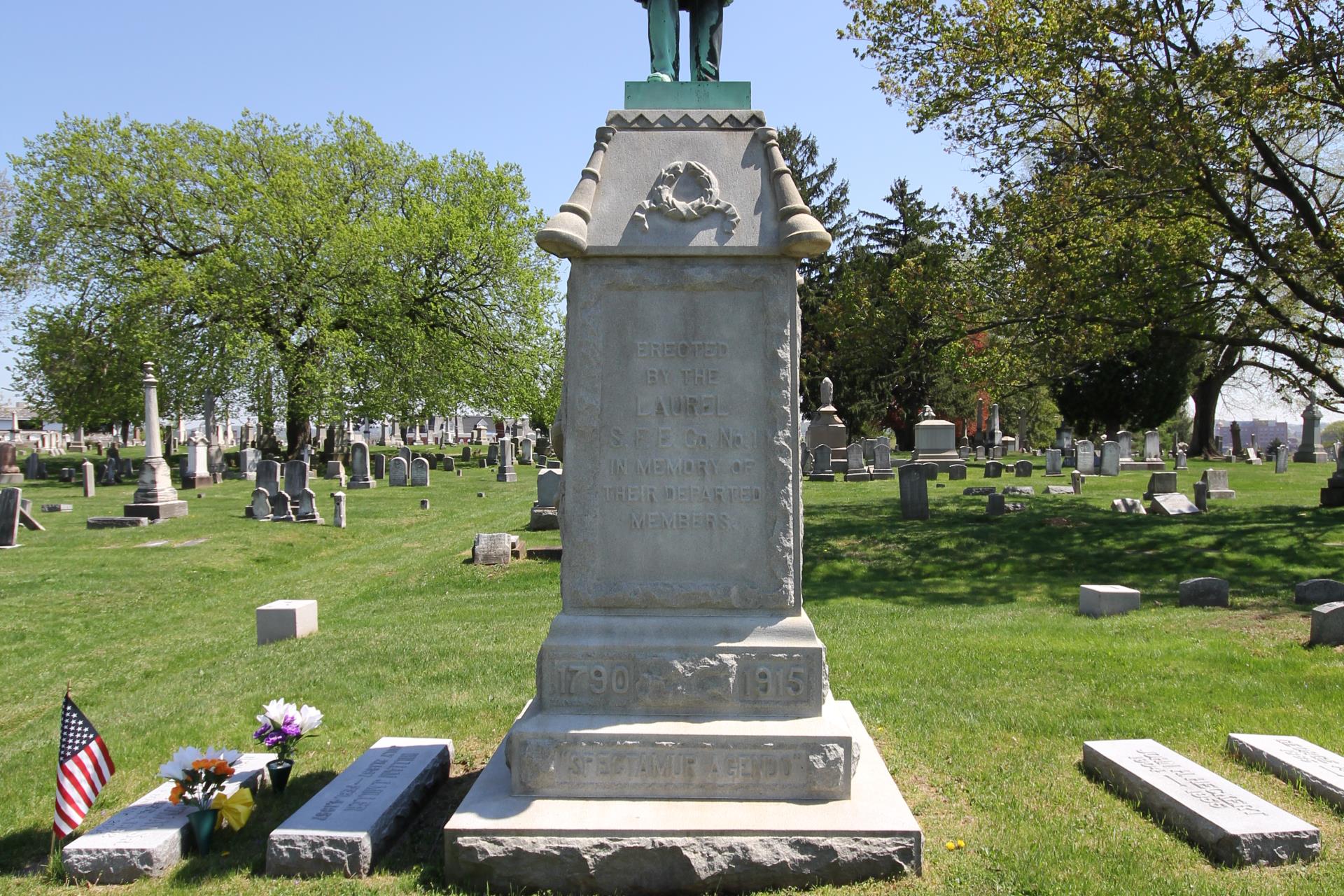 The Fireman Monument was erected in the early 20th century in honor of the Laurel Fire Company.

According to some historians, the Laurel Fire Company was the first established fire department in York County.

In 1777-78, while the Continental Congress was in York, they were protected by the Sun Fire Brigade. The Continental Congress, aware of the extra burden placed upon the members of the Sun, passed a resolution for “an appropriation of $50.00, Continental currency, be granted to the fire company of York town which has a laurel wreath design painted on its fire wagon.” As a direct result of this resolution, the Sun Fire Brigade was renamed the Laurel Fire Company, which was incorporated in 1790.