She was born in Winchester, Virginia, in 1845. During the Civil War, she served the Confederacy as a nurse and dispatch bearer and was later employed by the treasury department at Columbia, South Carolina. She married William Latimer Small and was survived by son George Small and four daughters: Mrs. John C. Schmidt of York; Mrs. Powell C. Fauntleroy of Charleston, South Carolina; Mrs. Redmond C. Stewart of Baltimore and Mrs. Walter S. Franklin of New York City; and a daughter-in-law, the widow of the late Phillip A. Small. 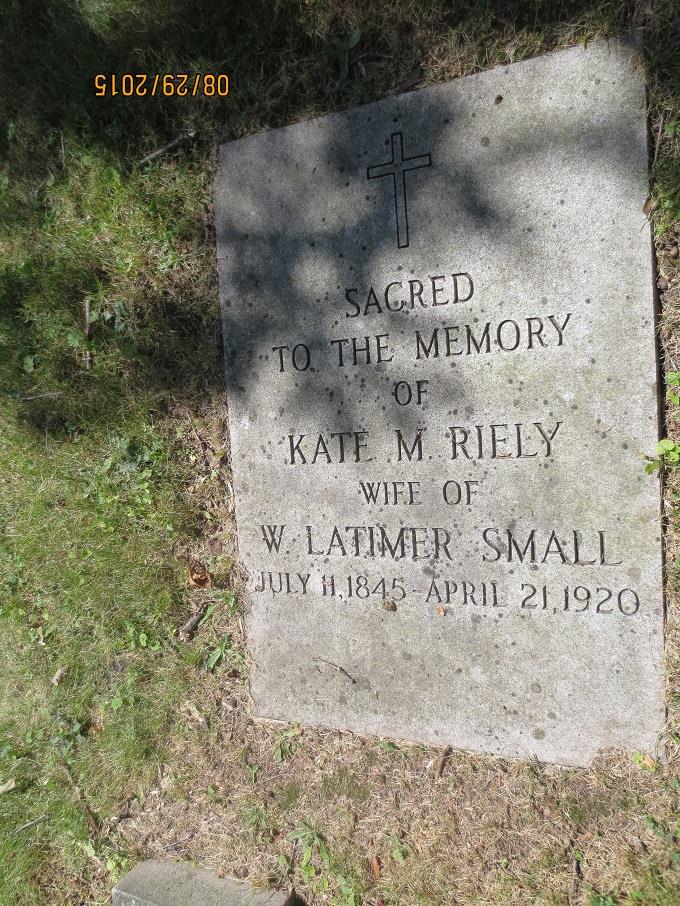