In 1860 he was a tailor living in York Borough. He stood 5′ 5″ tall and had dark hair and blue eyes. He had no middle name but added “H” in honor of his brother Henry as middle initial because his mail was getting confused with another George Bierman.  A Civil War veteran, he first enlisted and mustered into federal service at Harrisburg April 20, 1861, as a musician with Co. A, 16th Pennsylvania Infantry, and honorably discharged with his company July 30, 1861. He then enlisted in York August 27, 1861, mustered into federal service at Harrisburg October 24 as a musician (bugler and fifer) with Co. I, 76th Pennsylvania Infantry, and appointed “fife major” in November 1861. He mustered out pm October 6, 1862, after Congress defunded regimental bands, then hired by the officers of the 166th Pennsylvania Infantry to teach their band how to play. He then re-enlisted, probably in 1864, and served with the band of the 1st Brigade, 3rd Division, 9th Army Corps, although details of that service have to reveal themselves.  He married Louisa M. Sager July 16, 1866, in York but children, if any, were not located. He died at his home and buried with full military honors. 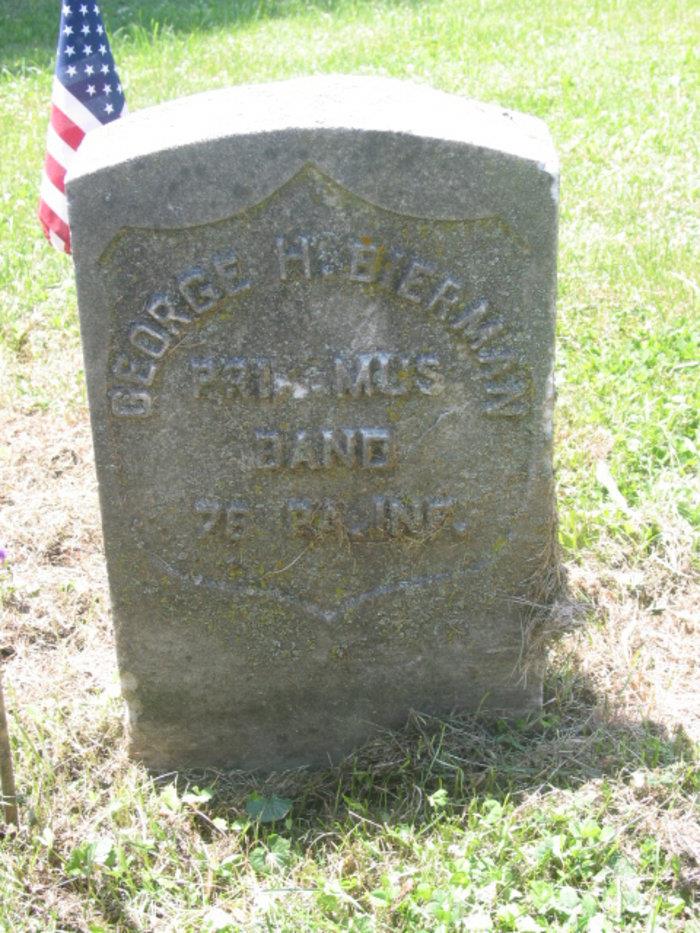