Weakley was a graduate of Philadelphia College of Pharmacy. In 1861 he served as hospital steward, specializing in apothecary. Army regulations specified that men selected as hospital stewards had to be of good character: “temperate, honest, and in every way reliable, as well as sufficiently intelligent, and skilled in pharmacy.” He was captured at Carter’s Woods and deserted Camp Parole to return to duty in 1863. “Doc” owned an apothecary shop in York called “Golden Mortar”. In 1874 his body was found in an alley behind Beaver Street. 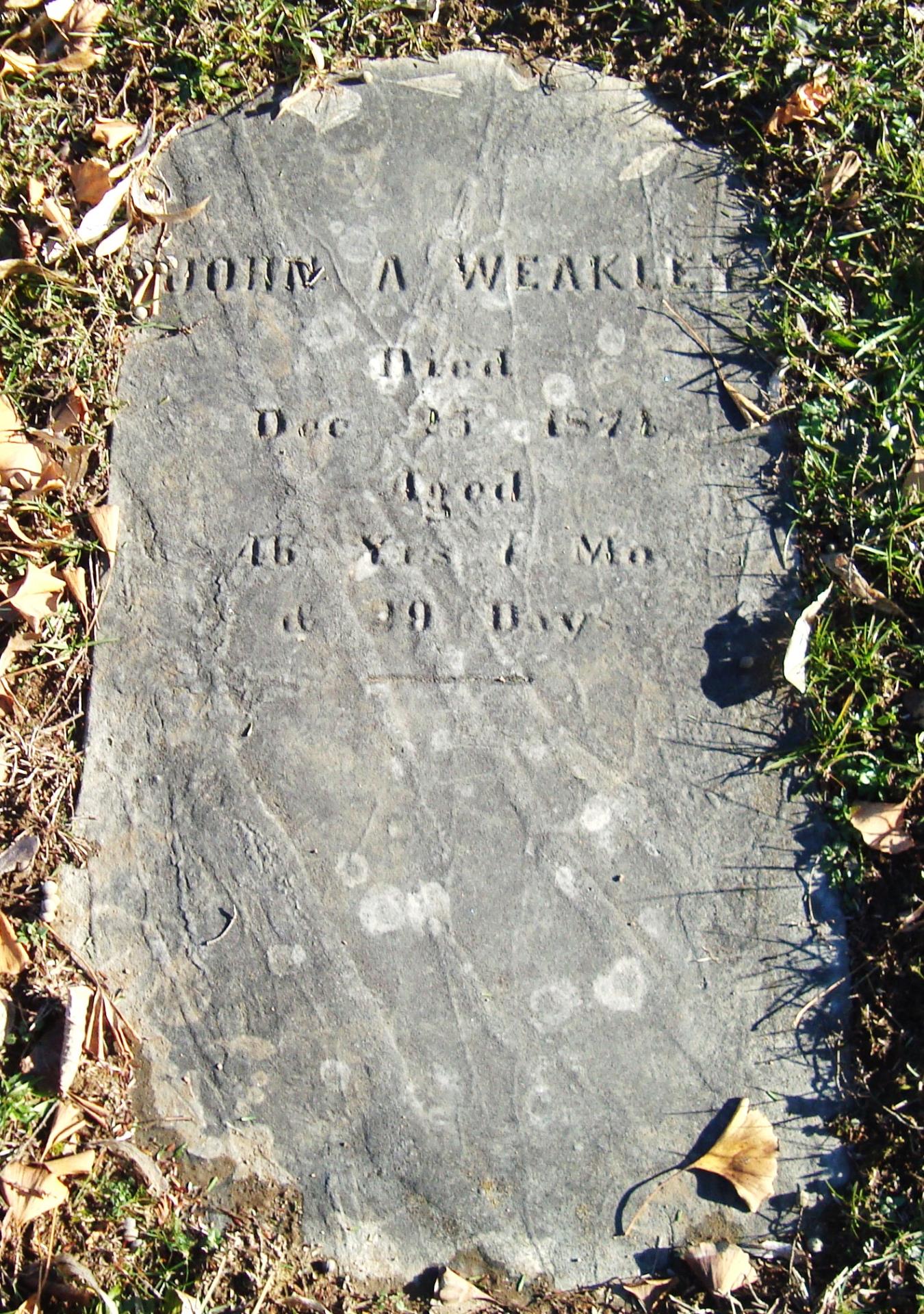