She was a domestic and worked in the home of David E. Small in 1860. Many York citizens recall seeing Mammy traveling to the Penn Commons barracks, and later to the military hospital, with her homemade bread, rolls, cakes and pies for the wounded soldiers, cheering and offering comfort to the patients. On June 27, 1863 word came that the Confederates were approaching York from the west. The patients who could walk marched to Wrightsville to help defend the Columbia-Wrightsville Bridge. On June 28th the bridge was burned by the Union militia to prevent the advance of the Confederate troops into Lancaster.  Meanwhile, at the hospital in York, the remaining staff debated how best to save the large U.S. flag that floated from the hospital’s main flag pole. They were determined not to allow the flag to fall into enemy hands. As the alarm sounded that the Rebels were near, some of the nurses lowered the flag and rolled it up. They folded it around Mammy’s waist where it would be safeguarded and hidden in the folds of her petticoat. The Confederates entered York in June 1863. Mammy walked down George Street, right past enemy soldiers, her long skirts flapping until she reached her son’s home near Codorus Creek and delivered the flag to safety. With each step she took, Mammy said a prayer to save the flag from the Confederate soldiers all around her. After the Confederates left, she returned the flag to the Hospital.  Mammy’s story is one of many of how the women of York, Pennsylvania responded in great numbers to the needs of the wounded throughout the Civil War. Nurse Mary Ruggles earned the affectionate nickname “Mammy” from wounded soldiers who appreciated her motherly instinct. Mary died in 1874. At Prospect Hill Cemetery, a simple marble headstone marks her grave. In 1937, the local chapter of the daughters of the Union Veterans named their post the Mammy Ruggles Tent #50. 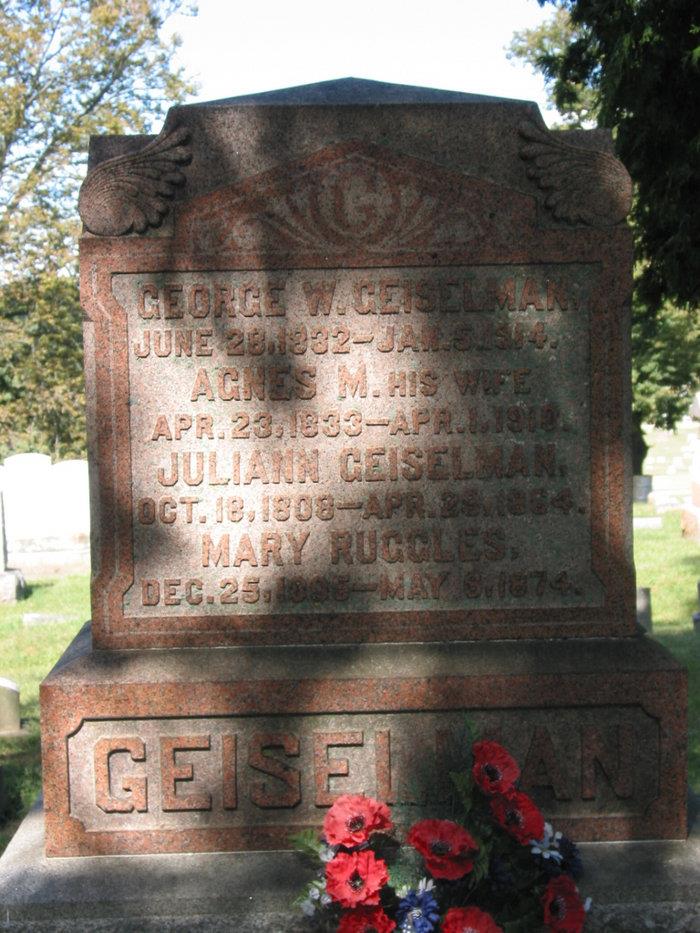