Samuel Charles Ilgenfritz was the son of Samuel & Lydia Imfelt Ilgenfritz and the husband of Harriet C. Weiser Ilgenfritz, whom he married August 29, 1866. 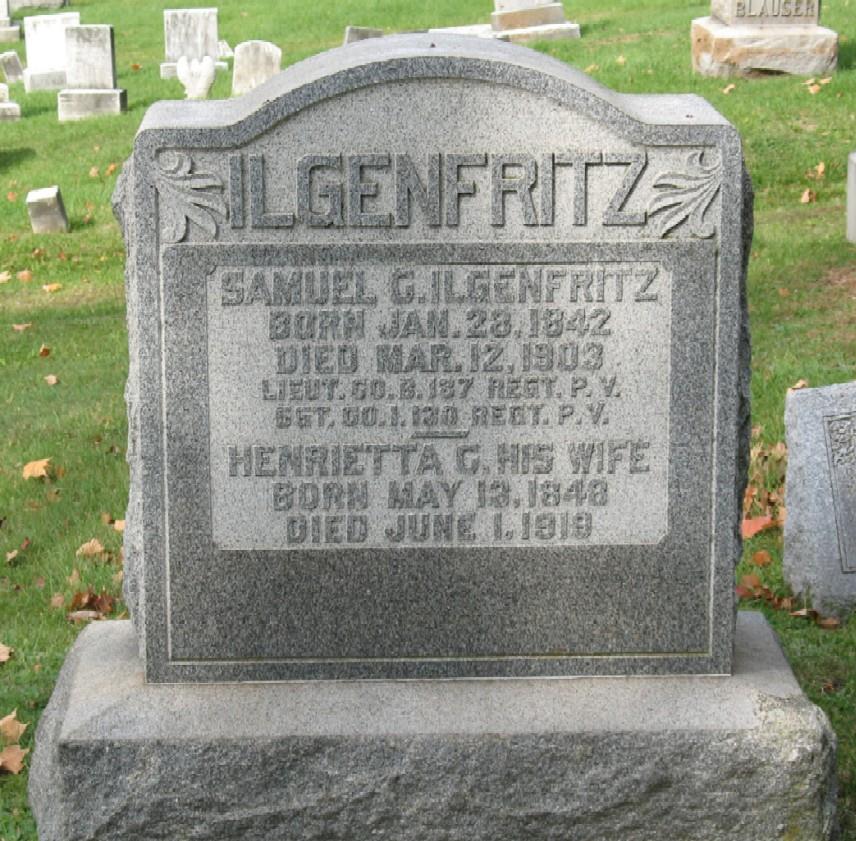